It’s been a long time since I had the opportunity to taking surfing pictures, for the last 2 months I’ve been in the Midwest and Canada for work. I had the 4th of july off and was in San Francisco so I packed up my gear and went to the beach. In the last few years I’ve visited NorCal a lot and have leaned most of the breaks from Santa Cruz to SF. If you have never visited coastal northwest of the United States the weather is almost always foggy and overcast unlike the picturesque beaches of SoCal. So unless you are a hardcore surfer and will brave cold water and heavily populated shark infested waters you don’t surf here. UNLESS it’s a holiday… When it’s a holiday every kook and his kid are at the beach riding longboards on 2 foot beach break.

Luckily I know were to go. I went to a surf spot called Grey Whale, even though it’s easy enough to get to and only 5 miles south of Pacifica Beach it’s never going to be a crowed surf break. Limited parking, 50-100 stairs down a cliff and a short beach keeps tourist away. It’s also a steep fast wave so it cuts out most of the long boarders and beginning level surfers. Their must have been 100+ surfers at Pacifica surfing 2-4 waves, there was 6 at Grey Whale the whole time I was there and really only 3 of them belonged. As for the size it must have been head high to some double over head sets.

If I wanted to sell shots I could have made a killing at Pacifica but instead I really only took pictures of one guy and when he offered to pay for the shots I declined. So I introduce to you Keil Miller of San Diego. As stoked as he was to receive the shots, I couldn’t be more grateful he was there to make my only beach day in 2 months worth it. Aloha

I knew it was a heavy day when people comment on the fact they can’t believe I just swam out there but I didn’t really realize until I saw this picture haha. I guess in the heat of the moment I don’t really worry about limits.

I was hooting more then he was when he raced thru this barrel, haha 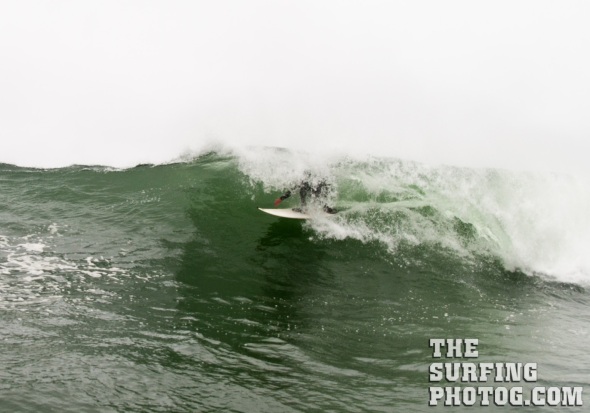 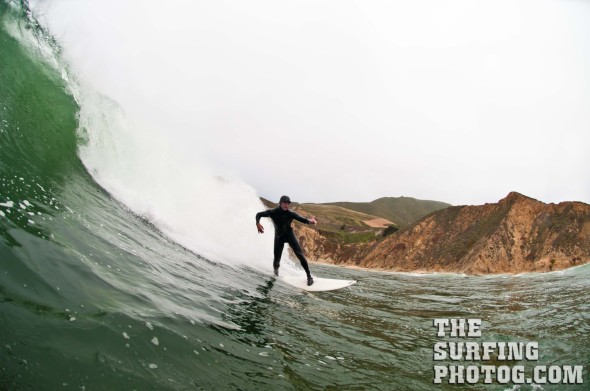 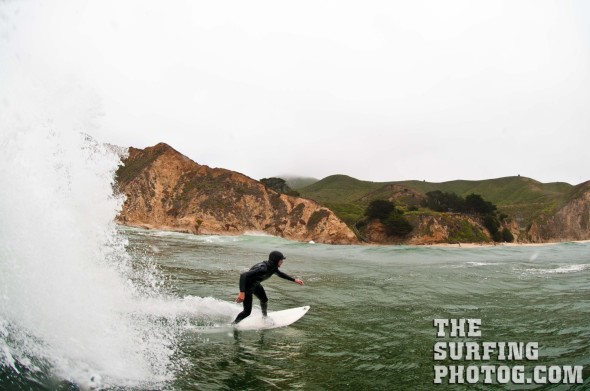 It was super overcast and since this shots angle was up and away from the beach it was grey and void of color. I thought it looked better as B&W

Think about where I was to get this angle? I thought I was going to fall on top of him

This entry was posted on July 10, 2012 by the surfing photog. It was filed under ART, B&W, Barrel, Black and White, California, Exploration, fun, NorCal, Photography, SURF, surf photography, surfing .

Leave a Reply to the surfing photog Cancel reply