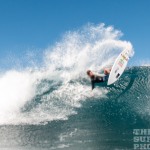 I was shooting at point with bunch of friends and a few of the young pros on the island showed up in the lineup. I could have raced over and shot in the inside but today was about smiles not impossible airs. 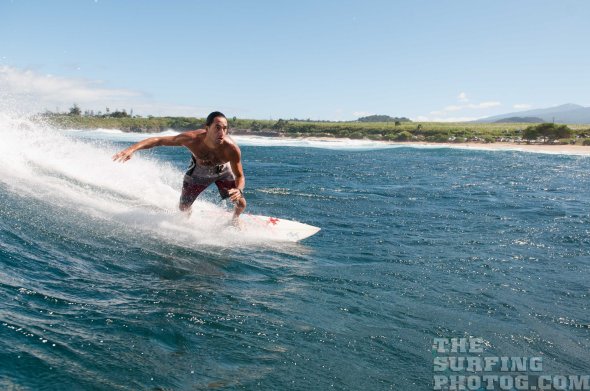 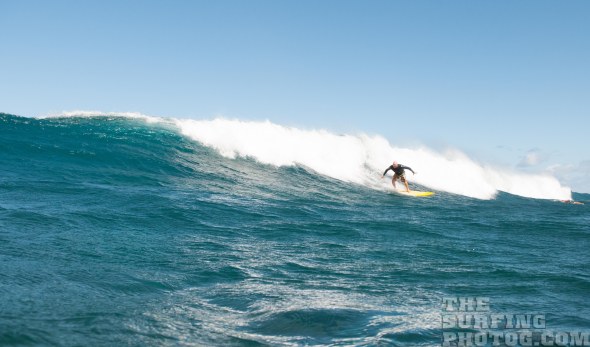 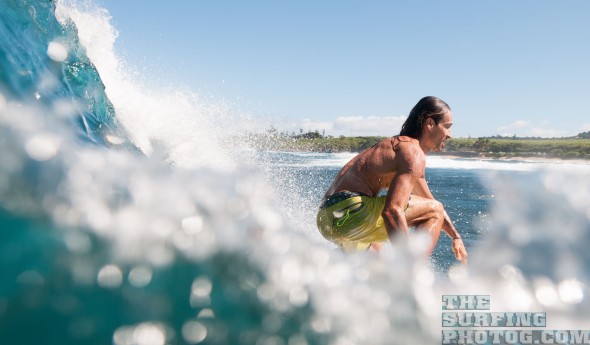 It’s always good to meet new people, here is Justin, I always see him at Hookipa on the outside. As a guy that prefers quality or quantity, I always respect the guys that sit outside and don’t scrap for crappy waves. 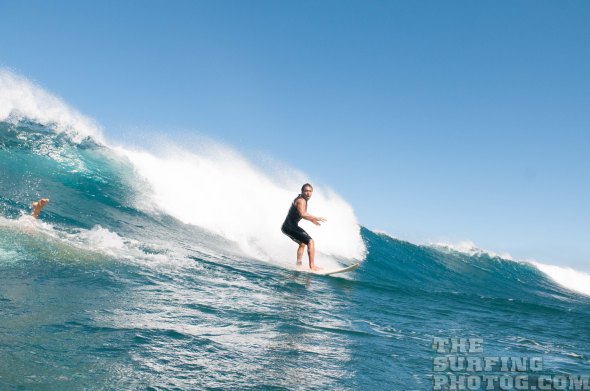 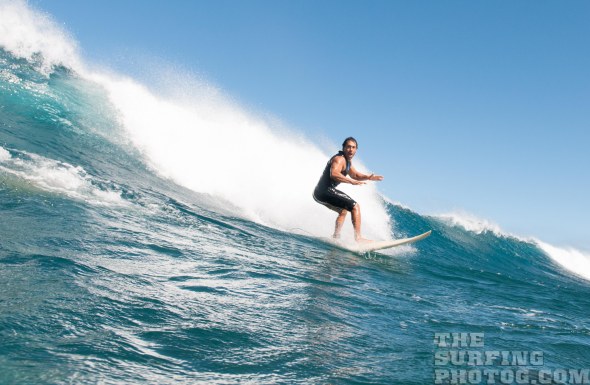 Ok after I got shots of all my friends I swam over to hump Matt Meola leg on the inside at Middles.. He seriously never disappoints, always gives 1000% 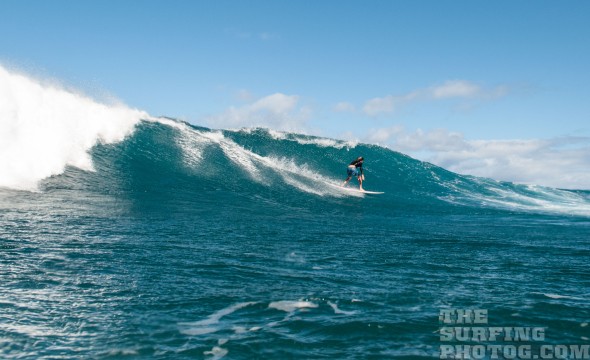 But the dude can huck airs, I’m kind of glad he didn’t land this, I was 5 feet bellow him… 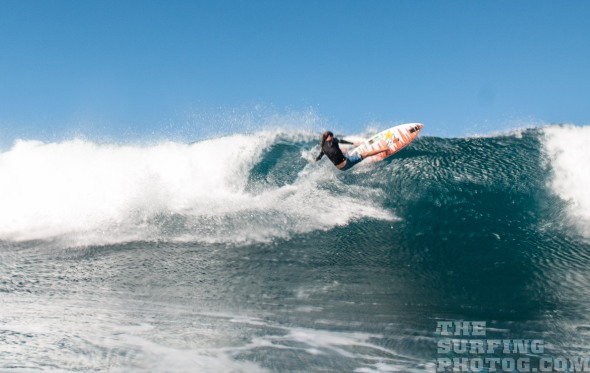 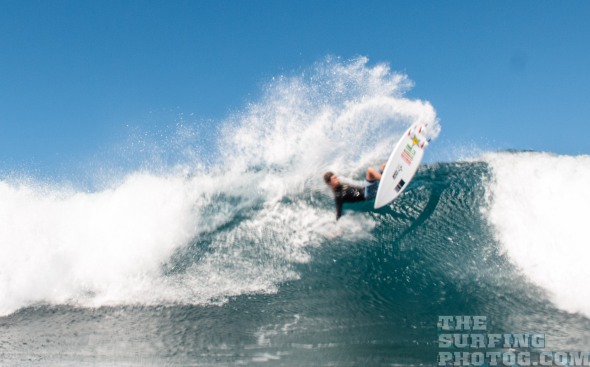 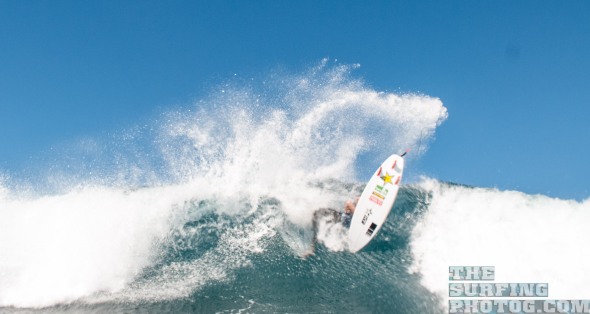 12-4-15 was heavy and by no means clean, I got up super early so I could shoot my buddy Mike before he had to go to work. I didn’t sleep well but I was so excited from the amazing shots I got the day before, that I got greedy for more.

Protocol on bigger days is to go surfing first for 30-60 minutes to make sure it’s safe to go shoot. You have to understand that Hawaii is an Island Chain in the middle of the Pacific Ocean Winds, Swells, Tides all drastically change from day to day. I thought because the swell size was dropping from Wednesday to Thursday that I could just swim out without  studying the break. I quickly realized I made a mistake and the safest place was to get outside where the waves were breaking.

The swell from early this week was fading and a more Northerly swell was arriving. The problem with this new swell  was it was closing out the channel (the safe area, just outside the breaking waves). This new pattern of churning water was also sucking me outside into the breaking waves. If I took a second to look at the water before I swam out I would have realized I shouldn’t have gone out.

The Channel is normally just past these rocks, I should have noticed that it was churning White Water but I was too busy checking my settings taking photos of my friend entering the water. 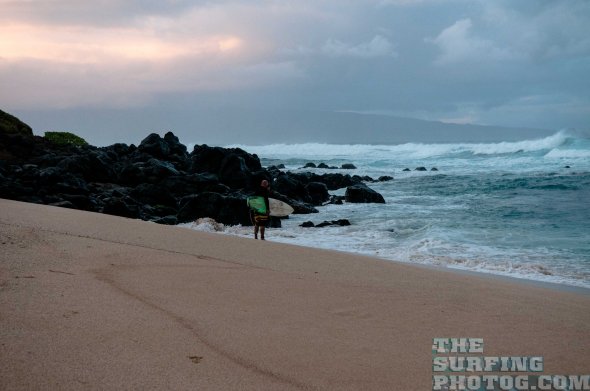 This was the first wave my friend caught or didn’t. 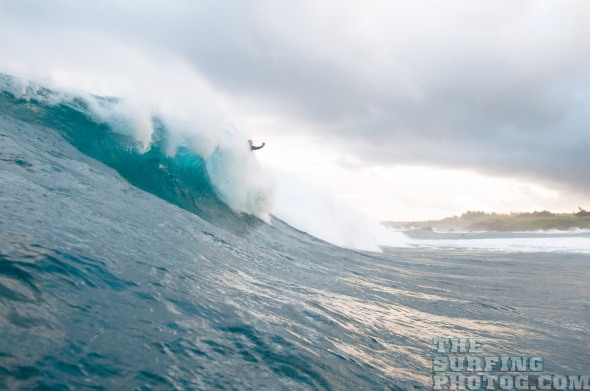 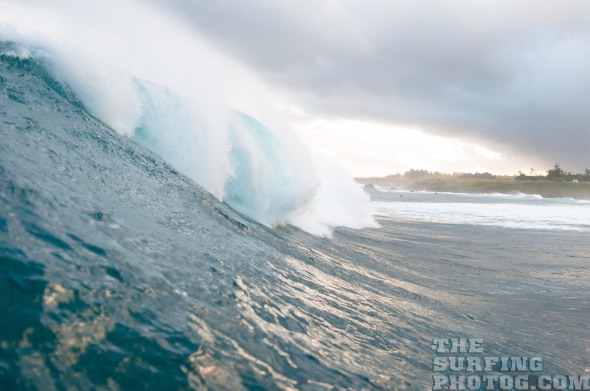 There was only one other surfer (Kenny?) and a bodyboarder out. Since it was such a workout trying to follow my friend it was hard to stay in position take photos of anyone else. Examples of being to far away and too close 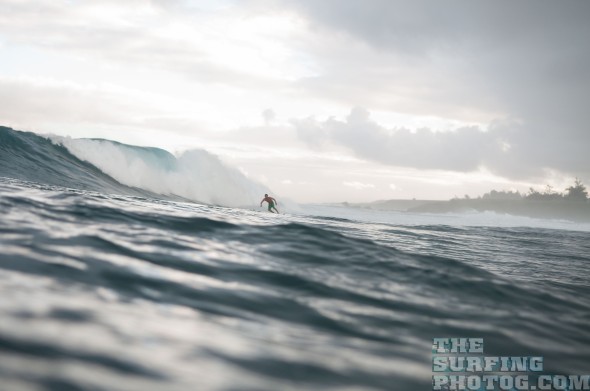 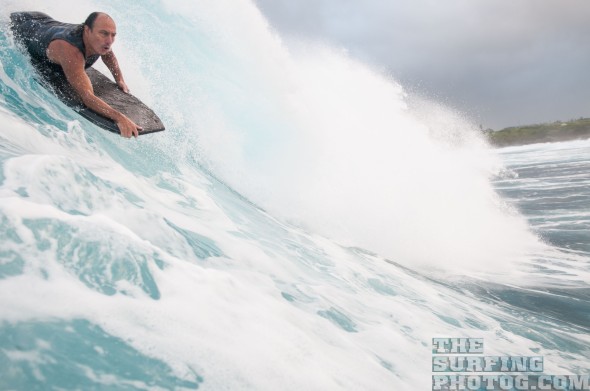 Somehow I did manage to take a great sequence of my friend but this would be the last picture I took that day. I took a massive beating by the next wave, then tried to get in and couldn’t so I swam back outside waited for my friend and asked him if he could help get me back to the shore. I was freaked out and needed help. I’m grateful for good friends. Thanks Mike 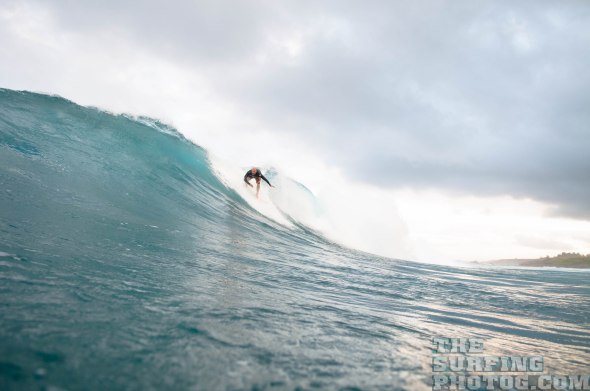 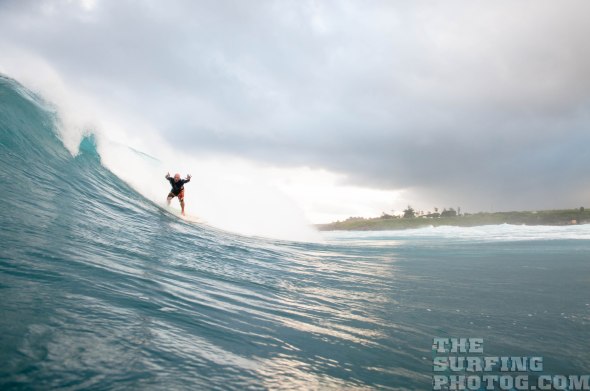 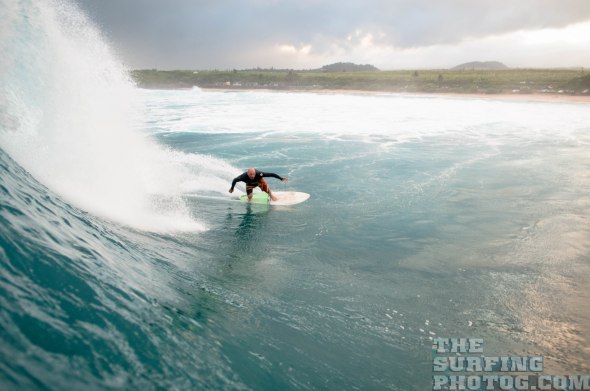 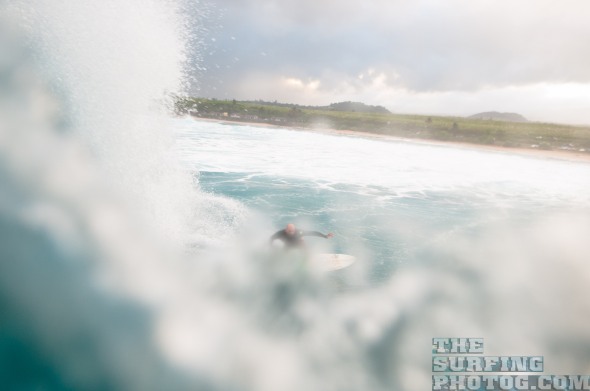 I love these types of days! When the ocean shows us just how small we are.  I’ll let the pictures dictate the size of the day and assure you it always seems bigger when you are swimming in it.

I went surfing before I brought my camera out, I needed to know I could get in and out safely and that there were quality surfers in the water worth the swim (you really can’t tell from the beach). Big Thanks to Zack Howard (http://www.zackhowardsurf.com). I had to ask him to stay out for at least an hour (he was one of the only shortboards killing it outside), here is a guy I’ve never met before and I’m asking him for favors…

I used my 70-200MM Lens for the first time today, it was a little weird not using a wide angle lens and sitting 20-30 feet away from the surfers. But it was the right call to make on a day this sized. Not going to say I mastered it on the first day but I can see a lot of potential adding this lens to my arsenal.

You needed power, speed, and commitment just to drop in on these waves.   It was so hard not getting hung up on the lip, the wind coming off the face of the wave was intense. 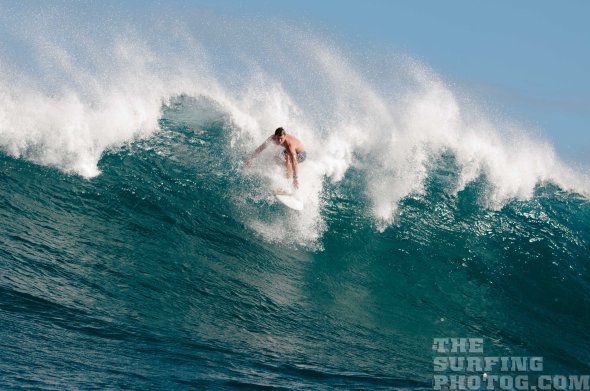 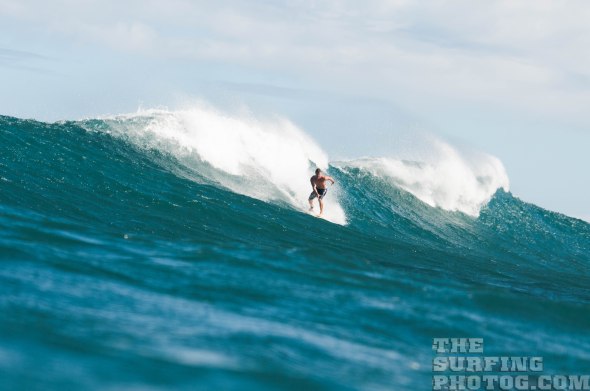 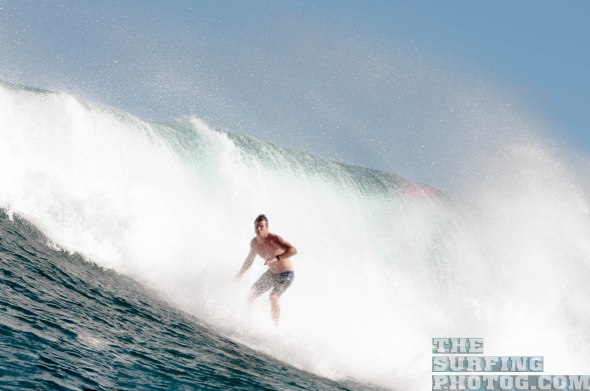 Believe it or not, this guy was not caught inside. The wave was just imploding on the shallow reef behind him… 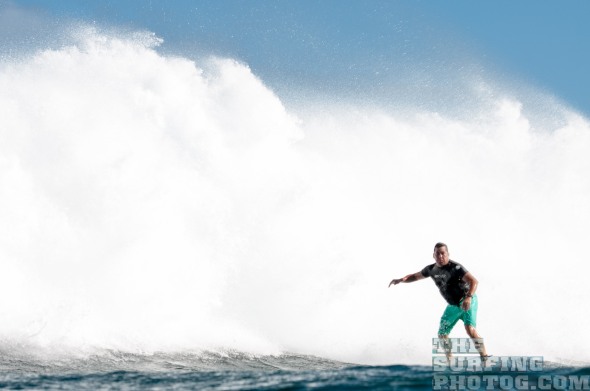 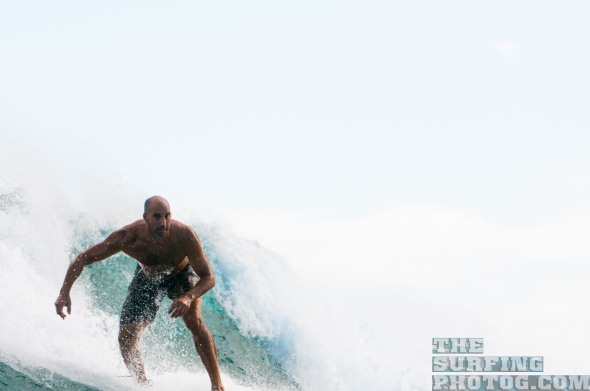 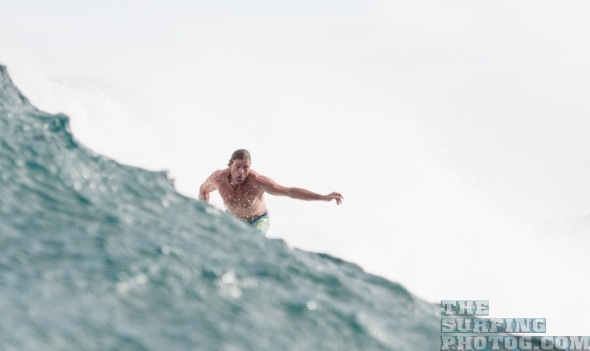 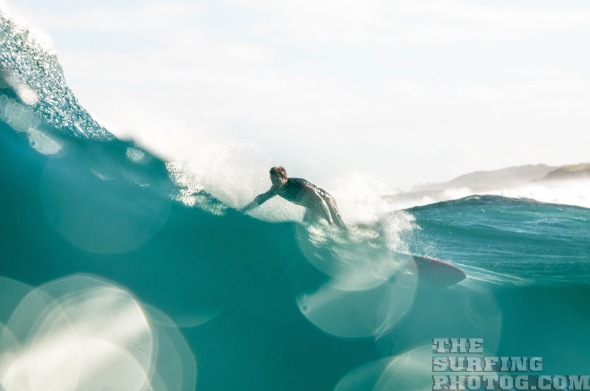 I couldn’t believe how clear this lens is… I don’t use a full frame camera in the ocean (Nikon d300s) but I bought this lens (70-200MM F/2.8 ED VR II) with the hopes of upgrading and seeing this is making my pockets shake… 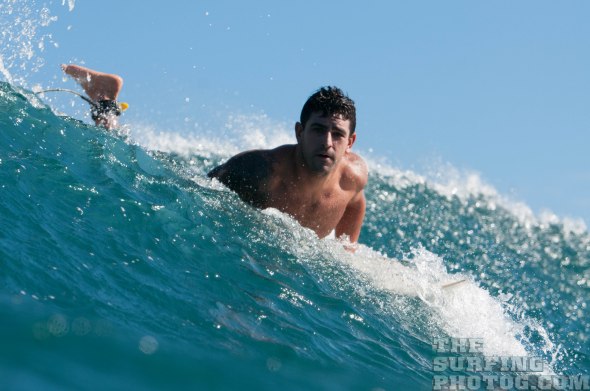 I have few more shots from the day, if you didn’t see yours, Email me at danielwilliamfryer@gmail.com… Sorry I don’t mass post pictures, it’s an art not a sport to me.