Around the 3rd week in November the North Shore Lit up, It was time for me to step up or get out of the water. All the pro’s started to show up and the waves started to get heavy. If you remember the waiting period for the Haleiwa Reef Pro, 9 days without contestable swell then BANG.

I was so impressed by the talent that it made me hold position longer and try to get closer. It was the push I needed, I was getting drilled by outside sets and slammed into the reef everyday but the fear was gone. I wasn’t going to miss it, I wasn’t going home empty handed. 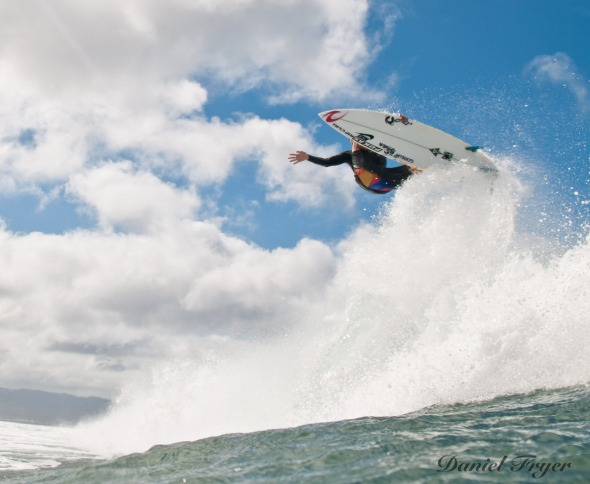 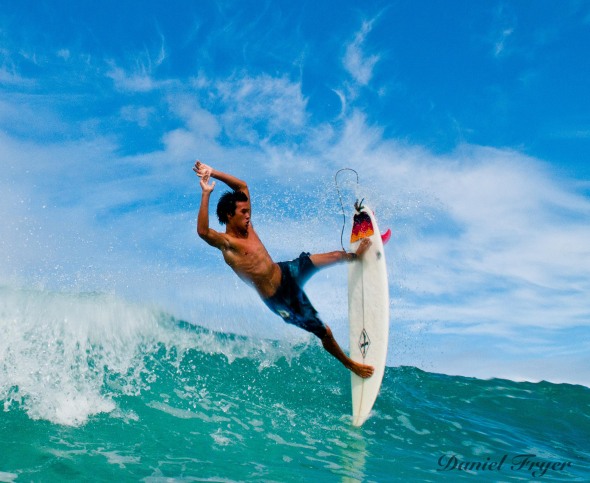 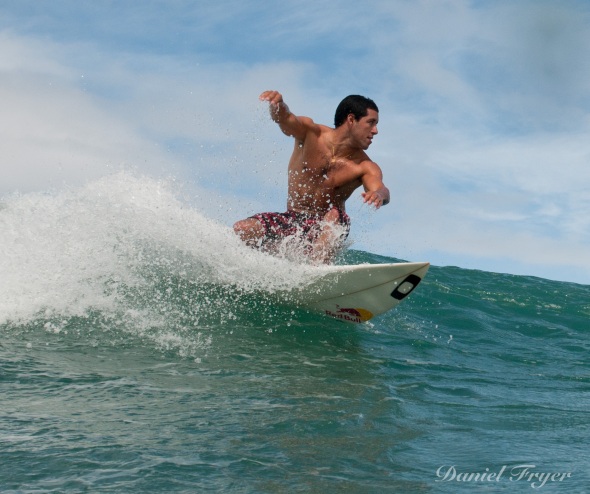 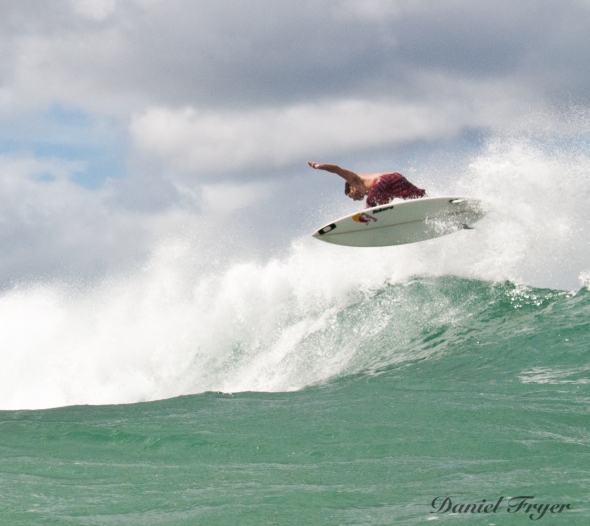 I would stay out all day everyday, holding position, legs cramping, watching the never ending magic 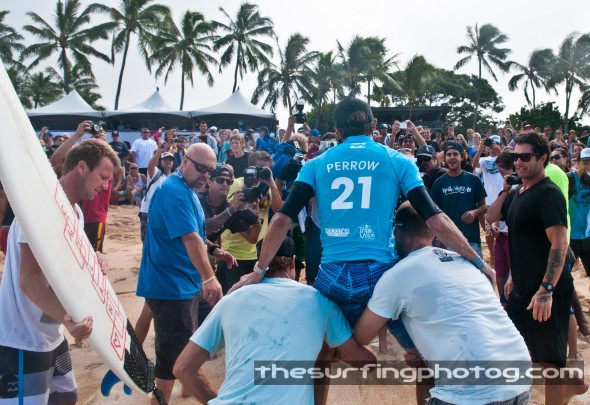 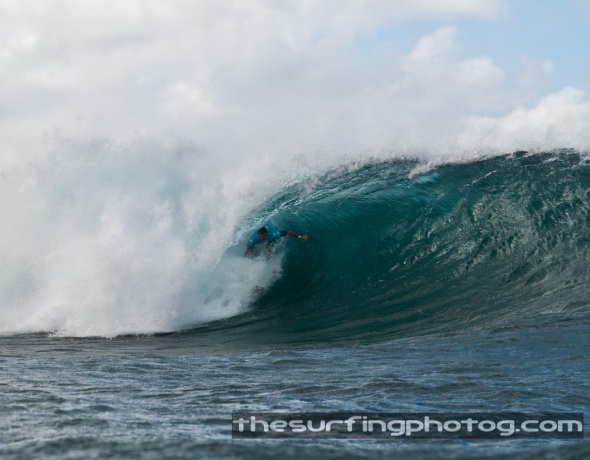 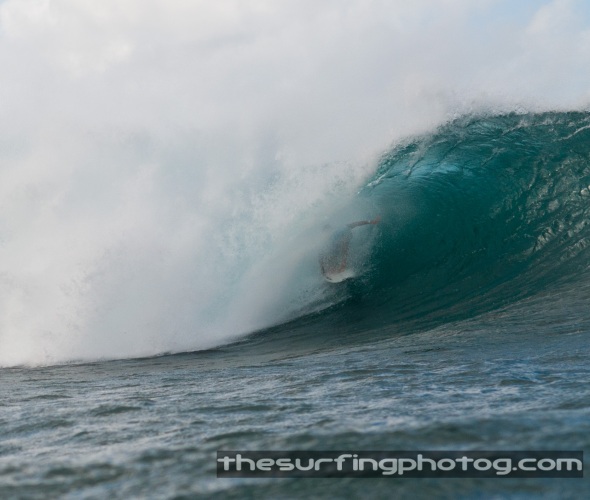 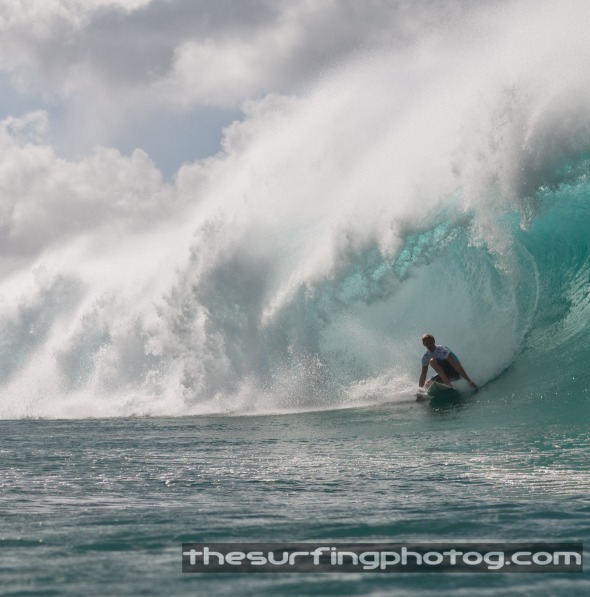 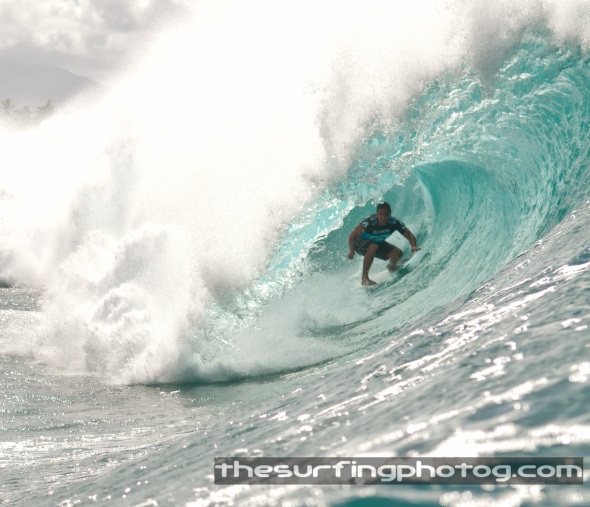 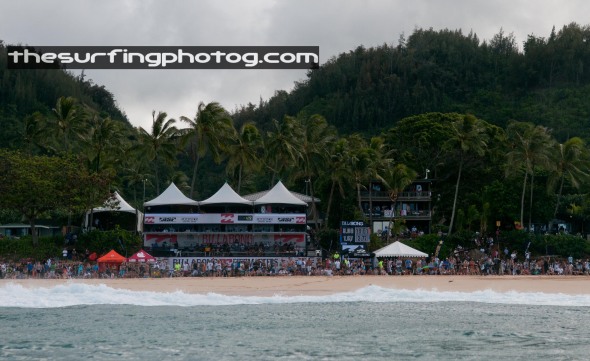 Today was the final day of the Van World Cup, big up to John John for not only winning but comboing everyone else in the final. Was a day full of barrels and smiles! And for me a lot of swimming, current on the inside literally sucked. Got a lot of good shots and had a good time and honestly I’m glad next time I go out to Sunset I don’t have to sit in the channel any more.

These first two shot were from the Round of 32 Heat 4, Olamana Eleogram and Kieren Perrow

These last two are from the final. I was super close to Michel Bourez so instead of duck diving this wave, I stuck my arm thru the wave and hoped I caught the action, and really hoped I didn’t get sucked over with it…. I didn’t 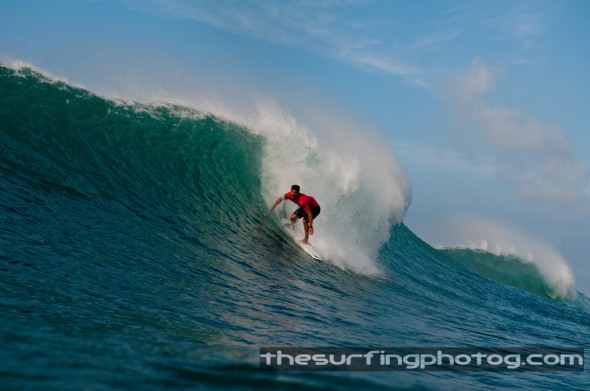 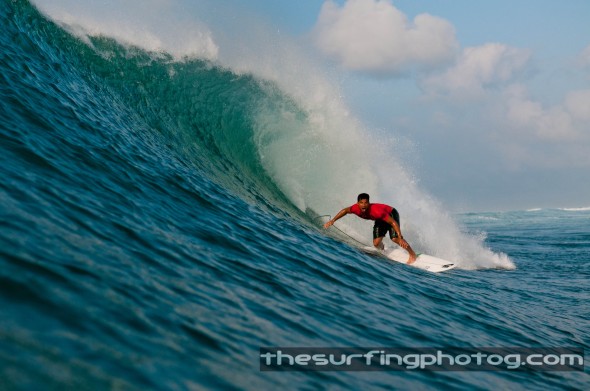 Carissa Moore is allowed to compete in the Triple Crown Of Surfing (all male event) because she is the 2011 Women’s World Champion of Surfing, there is no Hawaiian event for women and she is Hawaiian. So they made an exception so she could showcase her talent in her home state. That being said unfortunately she did not make her heat today and was eliminated from the VANS World Cup Of Surfing. 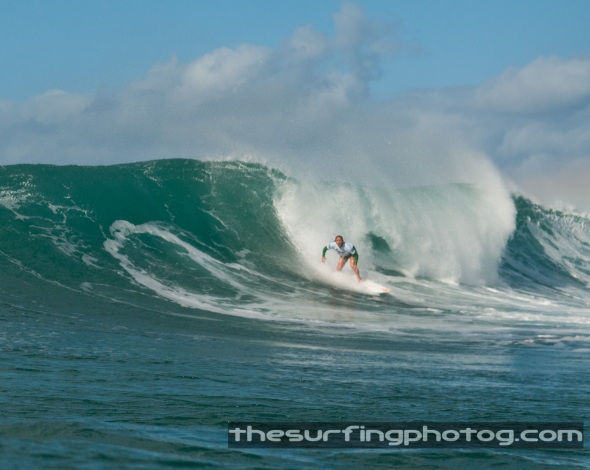 Sunny Garcia was in the same Heat as Carissa and he found the waves he needed to advance to the next round. He is a magician at Sunset, he didn’t even look like he was making an effort to catch waves, they just came to him. 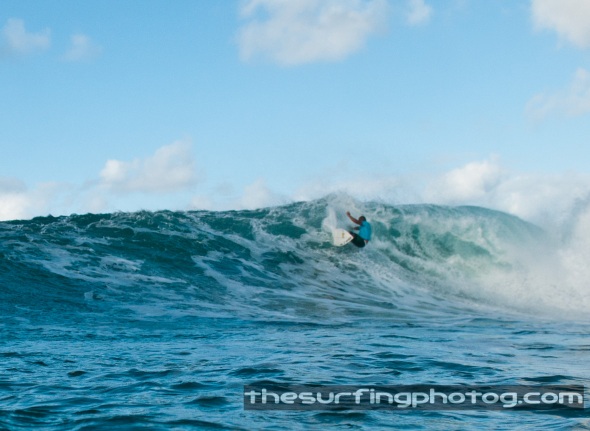 And Dane Reynolds is just a style master, the kid has got flow! 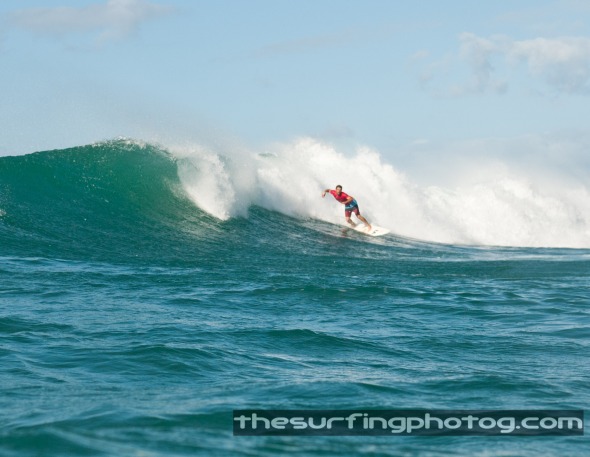 Honestly I was just happy the sun came out today and it seemed like all my pictures from the last few day were all grey. I think tomorrow, regardless of Competition I’m going to go out and shoot some art shots. You know change it up a little, I still got at least 3 days left of competition. I just like being able to get a little closer and interact with the surfers. It’s more fun. I guess thats how some guys feel about contest, Surfing is supposed to be fun, contest feel like work (even though I’m super excited to be in the lineup hehe)

Got up and out early to catch the first 4 heats of todays round of 96 @ THE VANS TRIPLE CROWN OF SURFING. The swell has drop since yesterday so it was no problem swimming in and out to the break. Kind of an over cast morning and that makes for dull photos but it was all good, I was more then happy to catch the action.

ROMAIN CLOITRE Heat 1 of 96 unfortunately it wasn’t enough to advance ( the 4th photo down was a huge set, you can see the jet ski, getting out of there in the left middle) 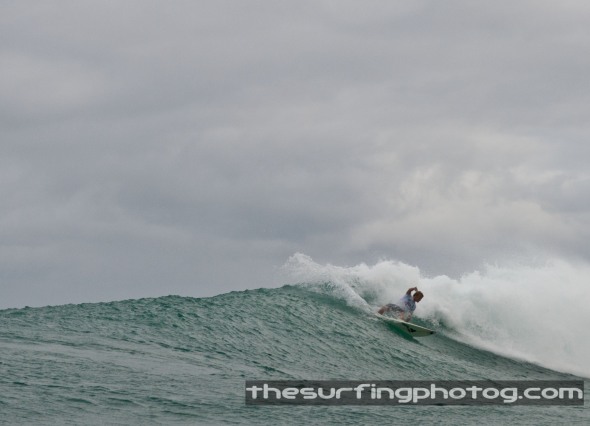 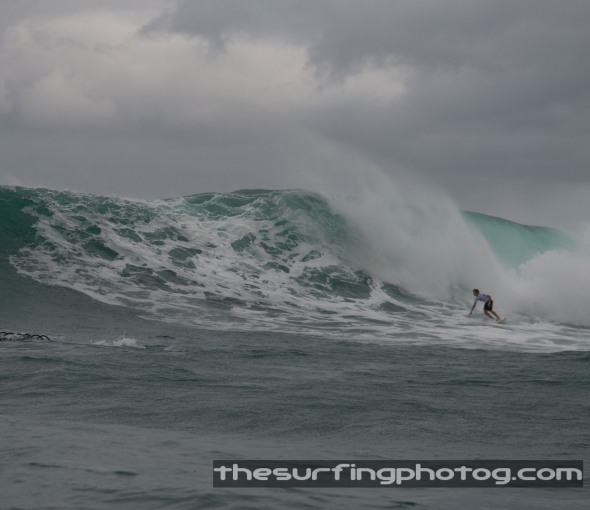 Check out how much the wind is throwing the spray. VINCENT DUVIGNAC on a frothy one

I like this one of Heath Joske cause it actually looks like he could make this wave, he kick in a second later, I guess I just like the perception of photos.

Getting ready to go out again in a few minutes for heat 14 Sunny Garcia, Carissa Moore and Heat 15 cause I’ve never actually personally seen Dane Reynolds.

Keanu Asing was ripping out there and I was lucky enough to get front row action. Unfortunately I was too far out side to catch his barrel and the highest scored wave of the event but I got the take off and his second wave score. Good luck tomorrow Keanu… 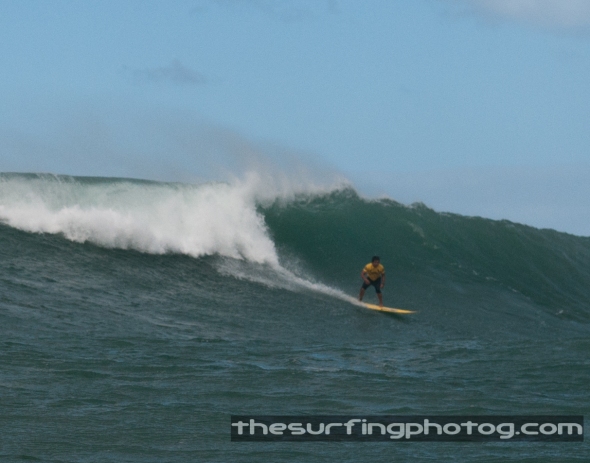 Check out the video of the wave of the day

CLICK HERE TO SEE Keanu Asing wave of the day