I had to drive 6+ hours to be able to stay on Galveston for an extra day but when there are waves you do what you have to do, especially since I won’t see the ocean for 30+ days. I got up super early and drove the coast till I saw surfers at 37th Street. Couple of long boarders and one fun boarder but it was more then enough for me to get suited up. (I would swim out if it was an old guy in a row boat as long as he was riding waves).

Luckily for me there was a lot of style in the water and some amazing color the brown water was a great contrast for the morning light.

Here’s Mike!!! a Texas A&M student and a super nice kid, he was riding this wide twin fin and it was the perfect board for early morning chop, this ended up being my favorite sequence from Texas. I feel it represents the majority of TX surfers, people who enjoy just being out there dong what they love. Riding waves is fun and doesn’t have to be more then that 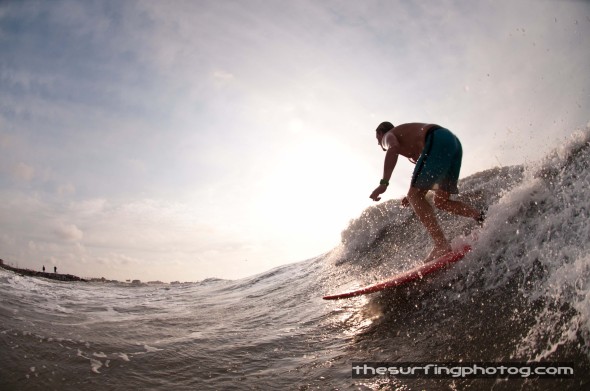 This angle was the only one working early in the morning, it was too grey shooting away from the sun.

Found a frothy barrel on the inside sand bar… really brown

David Voigt the local pro/surf shop employee that I met the day before showed up to grab a few more shots,  surf photographers don’t show up everyday in Galveston.

The sun finally came up and so did the waves. Still a little grey but when you got talent in the water you make it work. 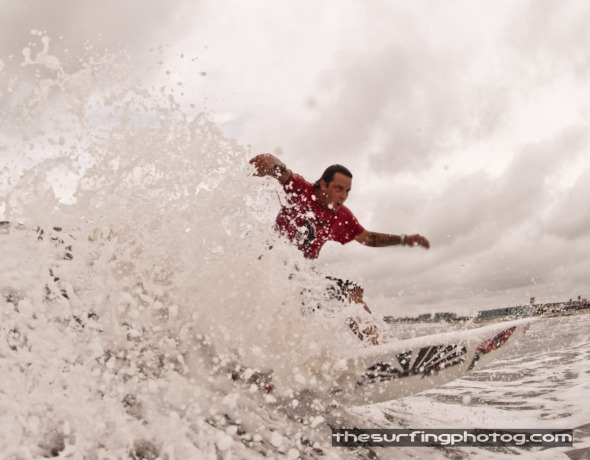 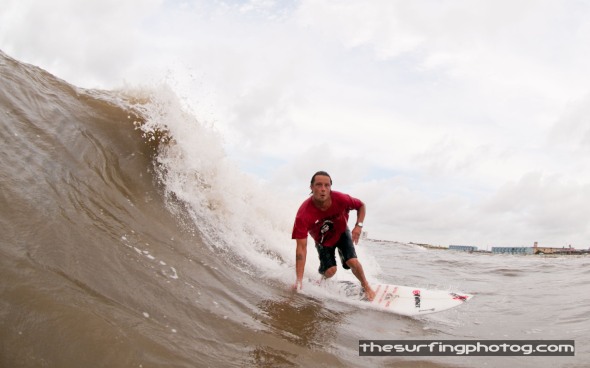 The best photos come when the surfer actually works with me to get the shots. He knew I was shooting fisheye and that means the closer the better.

So I travel a lot for work, last week I was in Southern California this week Galveston, TX. But luckily for you I always bring my camera.

I was at 61th St in Galveston (yes Texas has surf). I shot fisheye today, something I don’t normally do when I don’t know the break or the local surfers (because you have to get really close), but I thru caution to the wind and it paid off. Actually it made the waves look a lot bigger.

Just incase you didn’t know the water is a filthy and brown, O yeah it almost always smells like low tide, but if it has waves I’m going in haha

People are friendly in Texas! This kid was just a local college student spending his free time at the beach. You be surprised on how many people don’t even say hello to me and people wonder why I charge them for photos (If this kid emails me I’ll give him everything for free). It pays to be nice

The line up was empty so I was about to go in then this guy paddled out and I decided to see what he had to offer. I’m glad I did he ended up working at the local surf shop (Southern Spears Surf) across the street. He was killing it and it actually made my session so big ups to SouthernSpearsSurf.com 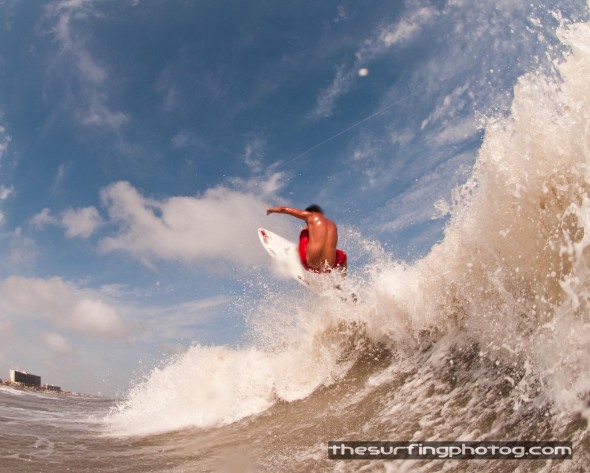 Here is the last sequence I shot, I love when I get a shot and I know that it just made my session. 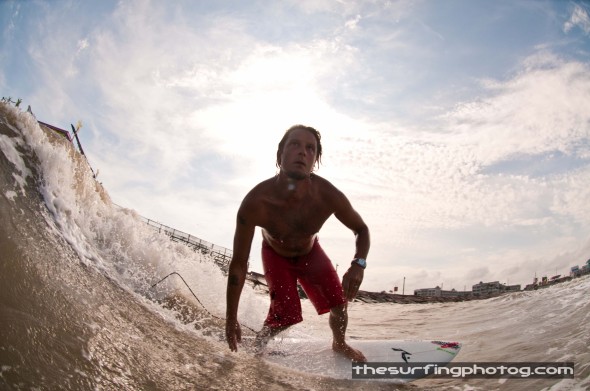